420 events in Ontario – which one will you attend?

The countdown is on across Ontario for the Epic 420 events and Windsor is getting excited about their 3rd year which is being celebrated over 3 days.  The 420 Windsor 3 day Epic event is featured on Facebook and local newspapers are writing about the much anticipated event.  What makes this 420 event different from any other event being held in Canada, is that

All proceeds are being donated to the local food banks.  The entry fee is $5.00 (higher donations were made last year) OR a non perishable canned goods.  There has been a large (anonymous donation) of food already donated.  Trucks are being set up to load up all the food that will be donated and delivered to The Welcome Centre for Women, Windsor Downtown Mission, Youth Centre and many more.

Leo Lucier, the organiser and a band of volunteers have made local headlines with his local business Compassion House which was closed down recently by the police.  Leo Lucier was giving away Cannabis in exchange for food items, coats in the winter, and Christmas gifts during December. The NEW Cannabis Act was very clear about who could and could not sell Cannabis.  Unfortunately for Windsor, they did not win the Cannabis lottery and there is no legal cannabis dispensary in Windsor or Chatham Kent.  But Leo felt that Windsor needed one and opened Compassion House to cater to medical patients who had nowhere to go.  The raid at his store  did not stop him, he decided to follow the law which states that you can give it away and he did as long as people donated food for the food bank.  But even that was thwarted when the police threatened his landlord with fines and he was evicted.

What to expect at 420 Windsor:

Did you know that you can share 30 grams with a friend, (the must be of legal age of course) or send it legally through Canada Post?  So if you want to send a bud to a bud, Canada Post will tell you how to do it safely and smell free. 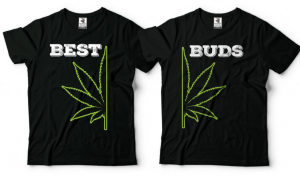 One thing has changed since legalisation on October 17th and that is the  Smoke Free Act which tells you where you CAN and CAN NOT smoke cigarettes, vape, or consume Cannabis.   So not sure what this will mean for the event being held in Windsor Ontario at Charles Clark Square. This is what is stated in the Smoke Free Act.

Reserved outdoor seating venues
You cannot smoke or vape in the reserved seating area of outdoor sports arenas or entertainment venues. The legislation does not address general admission areas.

Vancouver is celebrating their 25th 420 event and not without controversy. Apparently the City is not too happy with the crowds that will be expected to attend because of the group Cypress Hill. being a headliner there.   The City tried to stop the 420 event  at the last minute but it is TOO late.

420 Niagara Falls is having their first event this year. It appears to be more of a consumer show according to the organiser. Canadian entrepreneur Kevin O’Leary will be the opening keynote speaker.
420 Windsor event started as a 1 day event in 2017 and it was not received well as the Police continually reminded people who would attend the event that it would be monitored.  No Police attended the event and it was a peaceful demonstration and educational event.    2018 grew to  a 2 day event, which attracted speakers such as Paul Hartmann whose brother was the famous Phil Hartman, and Jack Kungel a local celebrity in the Cannabis community.  With the first 420 post legalisation the event has grown to 3 days which will include bands, speakers, vendors and even MORE education.  Hundreds of speakers flock to the area reserved for speakers to  hear their stories of curing Cancer with Cannabis, and choosing Cannabis as a medical option instead of opioids.  It looks like 2020 will need a bigger venue as the popularity of

continues to grow.  We can expect to see vendors educating the public on good growing practices without pesticides, feeding plants with the right nutrients,  how to grow from seed, and clone.  They will also advise on the right lights needed, soil or hydroponic growing.  And the most popular topic will be making your own Cannabis edibles.