Cannabis Festivals Ontario ~You would think with the legalization of cannabis last year, that we would see a long list of Cannabis Festivals.  According to many sources, there is still a stigma attached to smoking cannabis in public even if it is for medical purposes.  To date we have had 1 event cancelled because of a new bylaw and thankfully the The Ontario Cannabis Festival  will go ahead as planned on September 7th, 2019 at Bingemans, Kitchener Ontario.

In Ontario we embrace other events such as Rib Fest, Blues Fest and a variety of Beer and Wine Festivals and they accomodate people who enjoy their beer or wine.  Yet Cannabis is still ref flagged as an unacceptable behaviour to smoke in public.  Until it is removed as a Schedule I drug (same category as Heroin the publics acceptance might change.

An adult 18 years of age or older, can legally possess 150 grams of fresh cannabis.

As the law stands now, you can smoke a joint wherever tobacco smoking is permitted.

We purchased tickets for  Journey Cannabis Festival which would have been the first legal outdoor event with music, vendors, lots of food and a major guest.  It was to be held in Vaughan Ontario, at Boyd Conservation Park  from August 23 to 25 2019 but was cancelled due to new Vaughan bylaws.    In the press release a representative of the festival was quoted:

Vaughan is on wrong side of history

“Policymakers in Canada should welcome any effort by multi-stake holder groups to educate Canadians about the legal vs illegal market, the health and safety aspects of consuming cannabis, and the dangers of substance abuse,” said Milthorpe. “Sadly, Vaughan City Council is on the wrong side of history here.” 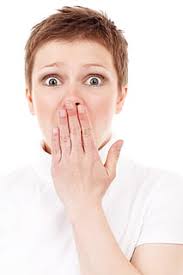 As a Cannabis blogger, I have attended many events including Weedstock in Toronto and Hempfest, which proved to be great events.  Paul Hartmann, the brother of the late Phil Hartman was one of the many medical speakers who talked about their Cancer journey.  Other speakers talked about the benefits of Cannabis and the endocannibinoid system.  The audience was glued to their seats as they were educated about everything from how to grow, to the benefits.   The general public is HUNGRY for knowledge.   Weedstock gets credit for offering great workshops at their “education stations”  and cooking demonstrations which were done by  Reena Rampersad #culturalfoodie  and Cannabis connoisseur who was also a speaker at OCannaBiz. 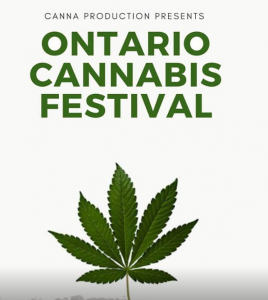 Canna Productions literally came to the rescue of all the people who had planned to attend the Journey Festival.   The Ontario Cannabis Festival announced that they would give discounts to any ticket holder of the Journey event.  (proof of ticket is needed)  I jumped at the chance as it is being held at the perfect time of the year and a great location. The Ontario Cannabis Festival will be held on September 7th, 2019 at Bingemans in Kitchener Ontario.  It will be epic as it will be the FIRST festival since legalization (apart from 420 events)    I hope they have amazing tshirts (hint hint) as I love collecting shirts from major events.  Since the announcement, people are asking the big question.  WHAT CAN I EXPECT?? So far we have been told that they want to set a record for the  Guinesss Book of Records for a 110 foot long joint even though there is no “official” record for the Book.  Save me a spot in the line as I would love to be a part of history in the making.   The Ontario Cannabis Festival will also be hosting a variety of educational workshops, food vendors and much more.  Workshops will be held for the first time grower, tips on how to grow, the tools you will need, and then when you have learned how to harvest your first crop its time to learn how to make your own Cannabis oils or butter.   The timing could not be better for these workshops as it will just be another month and all the new growers will be harvesting their first crops.  Speaking for the thousands of new Medical users, it will be a great opportunity for them to learn how to grow their own medicine and save money.  As for Vendors , I would expect to see seed companies, growing medium, grow lights, and tents.  But also Cannabis artwork, grinders and rolling papers as well as other parapheranalia.   Co-Founder Tony Millar says there will also be a number of ganja-related competitions, including ‘best rolled joint’, ‘biggest bong toke’, and ‘most knowledge of cannabis’.   Sounds like a lot of fun.

I am sure this event will sell out fast .

Want to win a couple of tickets?

Witness the longest joint being rolled.  This will put Kitchener Ontario on the map.

Remember “Bring your own Cannabis” and donate some for the longest joint. 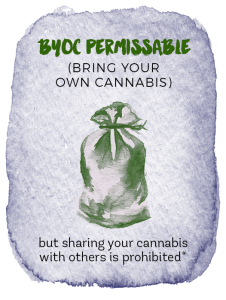 Cannabis Festivals Ontario  please contact us about events in your city.