The Downtown Mission of Windsor

The Downtown Mission of Windsor is still reeling from all the controversy regarding the library and then they wake to read the  shocking article by the Windsor Star regarding Rino Bortolin.

“The city councillor who represents downtown is advising people not to donate to the Downtown Mission of Windsor, citing “questions” and “red flags” culminating in the mission’s deal to flip the library to a developer.”

The Windsor Star comment section is filled with support for the Downtown Mission of Windsor and questions Rino Bortolin’s motives.  It is a devastating blow to the  Mission whose only motive is to provide for the thousands of individuals that they serve. 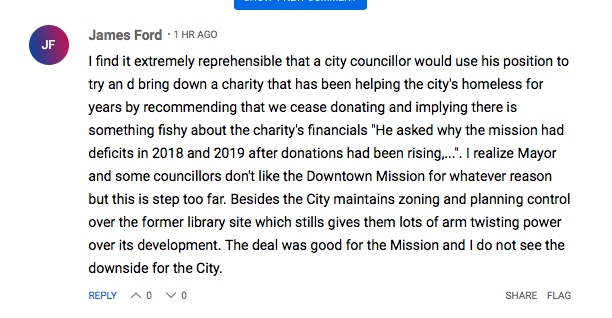 The questions we should be asking, is why Rino and city council are painting the Downtown Mission in such a negative way. They are the largest shelter in Windsor that is not city funded. The other services that Bortolin mentioned, do get city funding. No other service in Windsor can accomodate the number of meals that are served, or the number of beds that are used every night.

Dilkens said he and council received a backlash from those who felt the city shouldn’t have sold the library to the mission originally. When the mission had to back out, it was a chance to rectify that decision, he said.

Rectify that decision?  So they regretted selling to the Downtown Mission in the first place?  It appears in many articles that Dilkens has the “not in my backyard mentality” The article went on to say:

He said he told Dunn if he “takes the high road” and returns the library to the city, “you’ll raise all the money you need. Windsor-Essex people are very generous. They’d be pleased to see you take this position.”

Then in the same article you have Bortolin telling people not to give donations to the Mission and that there are red flags?  What does he mean?  The Mission as a charity MUST publish their financials every year, unlike other services in the city.

Then there is the question of where is the RIGHT place for the Downtown Mission of Windsor?  Questions were being asked about it being too prominent on Ouellette Ave as people would have to drive by it to go downtown.  I walked downtown today, and was shocked with the number of empty buildings.  And a mission on the main street would hurt the  downtown??  We don’t have a downtown to be proud of anymore.  You can’t hide the homeless problem on a back street.  Every city has to deal with it, but all Windsor gets is election promises.   Dilkens promised more affordable housing in September of 2018.  It is now March 2020, where is the affordable housing.  Was this just an election promise?  This is a quote from that article:

The city is also preparing to issue an expression of interest to developers to build affordable housing on a city-owned parking lot at Caron and University avenues.

“We want to make sure we maximize the number of units there,” Dilkens said, saying 4,700 people are waiting for affordable or public housing.

The Downtown Mission opened its doors in 1972 when a group of forward thinking individuals at Central United Church started a coffee program for area homeless men. It was called the “Open Door Lounge” — it had a maximum capacity of 28, and served coffee and donuts. 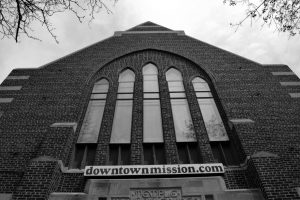 It has been 48 years and times have changed and so has the City of Windsor.  More and more people are facing poverty, living pay check to pay check and often one pay check away from being homeless.  The Downtown Mission was to be a self-directed sustainable charitable social service organization grounded in the Christian faith, proactively addressing and meeting the needs of the homeless and disadvantaged of the Windsor area; well recognized and supported by the community.

The majority of the people of Windsor support the Mission.  It is a disgrace that a Councillor for Ward 3, the very ward where the Mission is, should tell people NOT to donate to them.  No money ~ No mission.  Who will support the homeless if the Downtown Mission has to close due to lack donations?  Where will the people go to eat, or food from their food bank, and  where will they sleep?  You need to  Ask Rino Bortolin that question. Remember the Mission depends on donations, Rino Bortolin depends on votes.