Its Cancer your going to die

I attended Hempfest in Toronto this weekend in Toronto.  It was the first Hempfest held in Toronto and it was very well supported by patients, and newcomers to the Cannabis world.  Some were seeking medical advice including prescriptions, and others were there to get more information on how to grow or learn about strains.  The best part of these events, is the speakers.  Two of the speakers stood out as they shared very personal, and powerful medical stories.  Both of these men were told

“Its Cancer your going to die”

Alan Park is a Canadian Comedian and appeared on Royal Canadian Air Farce and also has an active channel called Green Crush.  In the video below he interviews Paul Hartmann and talks about Dr. Sam Mellace who treated him and saved his life.

When Alan appeared on the stage of Hempfest it was not a laughing matter.  Alan talked about the day that he was diagnosed with Stage 4 Prostate Cancer.   He was interviewed by Leafly where he talked about Comedy and Cancer and his fight to live.  If you have Prostate Cancer please take the time to listen to Alan’s story that was shared on Coast to Coast AM

The prognosis was not good, His PSA was over 700, and a normal reading would be under 400.  Doctors said he had about a year to live.  Alan is not the kind of person to just let nature take its course.  He was told he had to wait another 5 weeks to see a specialist which added insult to injury.  But Alan was one of the lucky ones, he researched Cannabis and started using Cannabis oil without the doctors knowledge.  Its with this plant, that he cured his Cancer and is now alive —– years later to talk about it.  Even when cured with chemo or radiation they talk about the 5 year survival rate

It is shocking to hear what many Medical Doctors say, and their perception of a naturally growing plant. They feel there is not enough education or proof.  The Internet is a one of the largest libraries in the world where you can access any country, and every medical study.  Israel is globally recognized as the pioneer of modern medical cannabis and have published many scientific reports.

Alan Park’s friend Paul Hartman also appeared on stage.  Paul Hartmann was also diagnosed with stage 4 prostate Cancer, and his story has been echoed in many cities including Windsor Ontario.  He was asked to speak to a large crowd that gathers every year for the official 420.  Hundreds of people attended to hear him talk about how he treated his Cancer with Cannabis.   CTV did an exclusive interview. 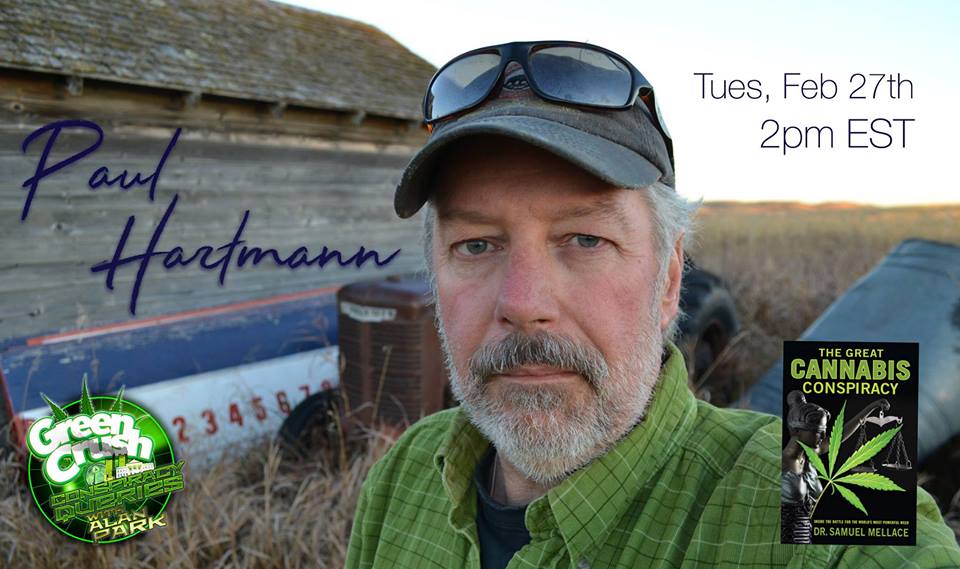 There are many pioneers in the Cannabis Industry and Dr. Sam Mellace is a respected activist who has never stopped being an advocate for the sick.  It was Sam Mellace who helped Paul Hartmann and he owes him his life.  Mellace’s protest in the Parliament buildings was in 2010 and he was fighting the Harper Government at that time. It is because of Dr. Sam Mellace, that hundreds of people have got treatment for their Cancer and other diseases.  He has given them hope and advice that other patients do not get with their doctors.  Many family doctors do not approve of Cannabis for Medical purposes.

The fight is not over for patients like Alan Park or Paul Hartmann who continue to talk at major events.  They hear every day about other patients who are denied treatment because their Doctors do not approve of Cannabis for Medical purposes and won’t consider referring them to special Cannabis clinics.

Fast forward to 2018 and Justin Trudeau has managed to legalise Cannabis for recreational purposes starting on October 17th.  But for activists including Jodi Emery it is being called Prohibition 2.0.  There will be no stores available for both recreational or medical on that date.  And it is still up in the air on who will be able to open a retail store.