Medical Cannabis ~ When the Liberal Government promised to make recreational Cannabis legal, no one could ever imagine what it would mean for medical users.   Prior to legalisation, medical users were able to buy from dispensaries which were operated by people with many years experience in the Cannabis industry and many offered compassionate prices.  The medical dispensaries knew what strain their customers needed and gave them the advice they needed.  Prior to legalizing, the Government instructed law enforcement to shut down every dispensary.  Many were told that they could apply to open again as legal businesses.  But the Government had no intention of letting dispensaries operate.  The Liberal Government had already decided that they would control Cannabis stores just like they do with the LCBO (Liquor Control Board of Ontario)  It would be designed like LCBO’s with very tight control over how it would be packaged, marketed and how much THC would be allowed.  The levels of THC were not considered when it came to medical patients and there is another court case in motion to fight this.  Other countries did not legalize this way, but this is how the Liberal Government rolled it out in Canada.   The Government continues to raid and arrest anyone who opens a store.   In Toronto they went as far as putting up cement blocks to stop the store owners from operating.  At NO time in history have we ever seen enforcement measures like this.  When you think of how many buildings which have been used as crack houses, not one building has ever been boarded up or had cement blocks put up 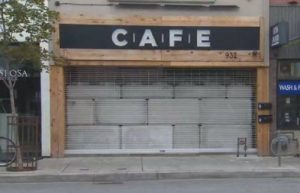 This is NOT a crack house. This is a company selling Cannabis. A responsible, tax paying business. The Toronto Police have continued to enforce the shutting down of any non Government controlled Cannabis stores

The Government allows approved pesticides but if you check their website they are not listing them.  If you google and do some searching you will find this in the PCPA website.  I googled one of the pest controls used on Cannabis:

While Beauveria bassiana is reported to be non-toxic to humans and other vertebrates, its potential allergenicity has been demonstrated. Beauveria bassianacrude extracts were found to contain numerous allergens capable of being recognized by human defense mechanism.

If  you are using Cannabis to fight Cancer do you want to use something that might affect your defense mechanism.  With anything that we eat, drink or smoke, shouldn’t we know more about the dangers.  Cannabis on its on is not toxic, and has many medical properties.   In contrast look at the warnings that are on cigarettes. 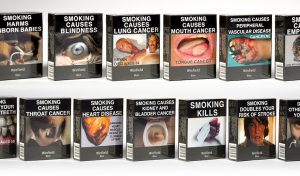 How many years did it take, and how many people died because there was no warnings about the dangers of cigarette smoking or second hand smoke.

Medical cannabis users were shocked when they read about a Licensed Producer (approved by the Government) who used a banned substance.  According to the article, it was reported:

The company, one of more than three dozen federally licensed cannabis producers, was told by Health Canada on Monday that leaf samples taken during an inspection of its Gatineau facility contained myclobutanil. The chemical, which is used to kill mildew, is a known carcinogen that is strictly prohibited for use on plants that are smoked because it produces hydrogen cyanide when heated.

“Earlier this year, Health Canada announced it would begin conducting random testing of medical cannabis products for the use of unauthorized pest control products to provide added assurance to Canadians that they are receiving safe, quality-controlled product,” Health Canada said in a statement Tuesday.

This was in 2017, so Health Canada announces that they are going to conduct random testing as a result.  They weren’t doing it before??  So if you were sick, and used this product, and got sicker, you couldn’t sue the company or Health Canada.  The company would claim it was your medical condition.  Another article was published regarding the testing of pesticides and “new rules for growers”

According to the article above:

In late 2016, Coleman’s lab was testing product for cannabis company Aurora Cannabis when it got two pesticide hits: one for myclobutanil, a fungicide used to combat powdery mildew, and one for bifenazate, a pesticide that controls spider mites. Neither were on Health Canada’s list of pesticides approved for cannabis and led to the recall of 81 lots of product sold by Aurora and OrganiGram, the LP from which Aurora had purchased the tainted cannabis.

In all, Aurora recalled seven lots and OrganiGram recalled 74.
Mettrum Ltd., another LP, had recalled 300 lots of product contaminated with myclobutanil and a pesticide called pyrethrins weeks earlier.

We all want to protect our children from dangerous substances, but the limitations and control on Cannabis has the entire industry in shock.  Visit any LCBO and see the colorful advertisements for shots like “Sex on the Beach” or coolers, and the alcohol levels that are associated with them. (20%)  Alcohol packaging is made very attractive for youths and there are no regulations controlling it.  Cannabis has to be brown bagged, even though it is legal.  Why the difference? 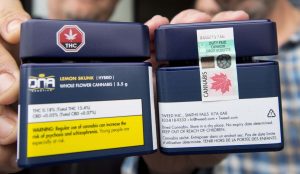 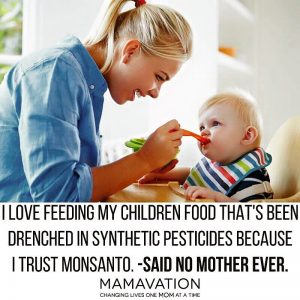 We are being bombarded with pesticides in our food, our drinking water and now the medicine that is used to treat diseases.  Health Canada is not protecting us, the Government is forcing medical users to buy Cannabis that could make their medical conditions worse. #bringbackdispensaries  #stopthepoison  You will NOT see Medical users celebrating the opening of Government stores, they will not be in line for it.  They will continue to find it in the compassionate community groups where they know it is safe, and has the right amount of THC and CBD  to treat their medical conditions.