Many Canadians voted for the Liberals because of their campaign promises   They said:

We will create a federal/provincial/territorial task force, and with input from experts in public health, substance abuse, and law enforcement, will design a new system of strict marijuana sales and distribution, with appropriate federal and provincial excise taxes applied.

But this “system” will not be in place until 2017.  And right now a lot of Medical Cannabis patients are fuming.  Even though there was a win in the Allard case, there is a lot of confusion.  This article by the CBC talks about the results of the Allard case  The Federal court ruling was about the “right to grow” for medical patients.

“The government of Canada has decided on the matter of Allard vs. Canada we will not be appealing the court’s decision. We will respect the decision of the Federal Court,” Philpott told reporters after question period.

In February, a Federal Court judge struck down regulations restricting the rights of medical marijuana patients to grow their own cannabis, and gave the Liberal government six months to come up with new rules.

This was an incredible win for Medical Marijuana patients who grow their own because of the costs incurred for their medication but also because they can not get the strains needed for their individual needs.  The Financial Post wrote about the new regulations.

And now the Shocking Developments for Medical Marijuana users

Thousands of Medical Cannabis users are now being left high and dry because they can not find Doctors who will prescribe.

Prior to the 2014, under the MMAR only about 7% (about 5,000) of all doctors in Canada were willing to authorize medical marijuana, even with final, secondary approval from Health Canada. With the introduction of the MMPR, Health Canada’s role in approving individual patients was removed, placing the entire authority on the shoulders of doctors, a responsibility many have balked at.

When the MMPR replaced the MMAR in 2014, less than a few hundred doctors were willing to be the sole approving authority for the use of medical cannabis. This number nearly doubled to more than 1,200 by the end of 2015, but this is still a very small percentage of the over 75,000 physicians in Canada. Part of the reason for this relatively low level of acceptance from the medical community is not only the lack of familiarity with cannabinoid medicine, but also with how to prescribe a plant with many different levels of potency, potential effect, varieties, etc.

So now when a patient who has a license to grow moves or there are changes, they can NOT get anyone to sign the paperwork  need to grow legally.  Patients are being told they have to go to clinics who will fax their prescription directly to a Licensed Producer.  Which is against the Allard ruling.   Read below about patients who have had to file a breach of privacy lawsuit  against Health Canada and for those who had to move, can’t get a Doctor to sign the required paperwork.  The only way they can get prescriptions for Medical Cannabis now is to pay “private” clinics $500.00 up to $2,000. who will fill out the papers for Health Canada.  But if you read the rules set out from the College of Physicians and Surgeons, there is no cost to write a prescription or for the paperwork needed to grow.

Medical cannabis is prescribed for a variety of diseases and there are doctors on both sides of the fence regarding the effectiveness.  Millions of patients with Cancer, parents of children who have a rare form of epilepsy, Veterans with PTSD or patients who have suffer with dilapidating pain due to injuries or accidents will suffer.  On the positive side for PTSD patients, Canada’s first clinical trial to study medical cannabis and PTSD was just announced.  This is one step forward for PTSD patients.  Doctors who have prescribed it to them fully support the effectiveness.  They feel that this is a more effective way to treat these patients rather than prescribing dangerous and addictive opiates.   These doctors see the benefits and do not have a problem to prescribe it.  If we can just get this message through for everyone else. 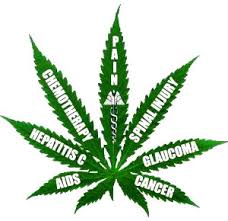 According to the COPS website they have set out Charging fees.  But this is NOT being followed. 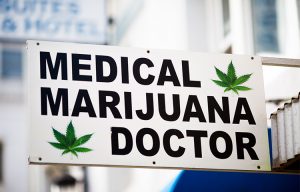 Physicians who are unsure about what services they may charge for are advised to refer to the College’s Block Fees and Uninsured Services policy and the OHIP Schedule of Benefits for further guidance.

Can you imagine coming home to find a letter in your mailbox that tells the world you are using Medical marijuana. Your friends, people at the post office. This happened to thousands of Medical Cannabis patients who filed a Medical marijuana class action against Health Canada .  Hundreds of patients decided to move because of this as they were scared for their families and wanted to protect them against a home invasion.  Now these patients can NOT get doctors to sign change of address forms so they can grow at their new location.  According to this article by CBC

Debbie Stultz-Giffin, chair of Maritimers Unite for Medical Marijuana Society, was one of 2,105 people who received the letter in Nova Scotia, and is anxious to see the case proceed.

She said it left patients and caregivers open to everything from home invasion, to condemnation from people close to them who may not have been aware they were using marijuana.

“It opened us up for discrimination,” she said. “Health Canada exposed our privacy to the public, to Canada Post and in some situations to friends, neighbours. Certainly as patients we have a right to that level of privacy about our health conditions or what we chose to use as our medicine.”

This need is urgent.  Patients can not wait until 2017, and who knows what will be put in place in 2017 when the Trudeau Government approves it.  It is obvious the Government wants to control where it is purchased from and are busy closing down Compassion Clubs and dispensaries on a regular basis right now.  Patients with licenses to grow are not able to renew licenses, put in changes of addresses, and new patients can not get a prescription to grow.  The only way you can get a prescription is to pay illegal fees, go through a Cannabis clinic who will refer you to a Licensed Producer.  One Medical Cannabis website justifies the cost as a membership fee.  And upon reading one of their pages regarding the new changes:  Access to Cannabis for Medical Purposes Regulations (ACMPR) will replace the Marihuana for Medical Purposes Regulations (MMPR).  They provide this information but it does not show anywhere, where they will sign the papers to allow a patient to grow.

It appears that CBC is the one news source who is keeping all patients abreast of the latest news.  “We need Answers” is what every single patient says in the private interest groups on the Internet.  One thing is for sure, they are angry about this:

Ontario Premier Kathleen Wynne is pushing to restrict recreational marijuana sales to the province-owned Liquor Control Board of Ontario, which operates more than 600 liquor stores.

It’s unclear what legalization, and a potential LCBO connection, would mean for the medical marijuana.

Every patient who I asked, felt that a Dispensary would be more appropriate.  According to a recent article, and polls that have been taken.  The LCBO option is not popular.  I would like to ask one question.  Who did the poll?  I have never ever been asked to do one.  They would have staff who is highly trained and could educate them about the strains that would help there medical problem.  LCBO?  Are you kidding.  Just another brilliant idea from Ontario Premier Kathleen Wynne that will not work.

I read this mans story and was shocked.  This is why we must get answers. 2017 can not come fast enough. Let’s hope the Trudeau cabinet has hired the right people to make the right decisions for thousands of patients.

It’s easy to buy Cannabis? That is what Macleans says – Vending machines 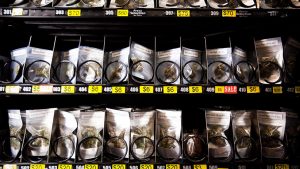 Marijuana is pictured in a vending machine at the BC Pain Society in Vancouver, B.C., on Friday August 29, 2014. The society, which sells marijuana and supplies, is the first of its kind to integrate gift cards to be used at one of their 3 marijuana dispensing vending machines. (Ben Nelms/CP)

Why is Vancouver different from a city like Windsor Ontario – why is Canada divided?

While reading the article above I was interested to see how the City of Vancouver decided to handle stores.   Windsor, Ontario needs to take a page from their book.  They wrote:

Look no further than Vancouver. After tolerating dispensaries for two decades, the city has recently moved toward a regulatory regime that requires stores to pay a licensing fee ($1,000 for non-profit compassion clubs, $30,000 for everyone else). Though still illegal, businesses will be allowed to remain open if they meet certain criteria, including being 300 m from a school. In the meantime, the Vancouver Police Department says it will continue its policy of investigating only those dispensaries accused of selling to minors or posing a public safety threat. Since 2013, Vancouver police have executed just 11 dispensary-related search warrants.

“I run a marijuana dispensary, so at work I’m allowed to possess and use and buy and sell illegal drugs, but not anywhere else,” he says, highlighting the obvious irony. “All the dispensaries in Canada are illegal, as are all the seed banks and all the massive marijuana rallies. The marijuana movement is actually Canada’s largest-ever civil disobedience campaign in terms of how many hundreds of businesses are openly defying the law and how many municipalities are allowing that to happen. These laws are still on the books, but you wouldn’t know it.”

To summarize, Medical Cannabis patients are just looking for answers, to be treated compassionately and to see every city in Canada allowing them unrestricted access to their medication