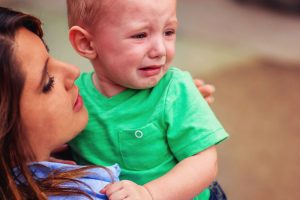 Parents against the Covid vaccine for 5 – 11 year olds

This letter is for Doug Ford, and Christine Elliott as well as every parent/grandmother/caregiver in Ontario.  I am a mother, and a grandmother of 3 beautiful children.  I attend protests, and because of this I am being labeled as an anti vaxxer.  Individuals at protests are NOT anti vax as our children have had ALL of them.  We are very much anti lockdown.  Plain and simple.  The mental health of our children has deteriorated and suicide numbers have increased.   A little background on myself.  We lost our youngest son when he was 18 months old due to haemophilus influenzae That is the age that babies would have normally have gotten this vaccine, but he had a cold and they delayed it.  Within 24 hours, he passed away due to complications (meningitis).  So before you insult us as anti vaxxers, you need to hear our stories.   But as I write this, thousands of parents and grandparent are terrified of the Covid 19 vaccine being given to small children (under the Emergency Act) because they are seeing and hearing the serious side effects up to and including death of children in the USA and adults as listed on Vaers. 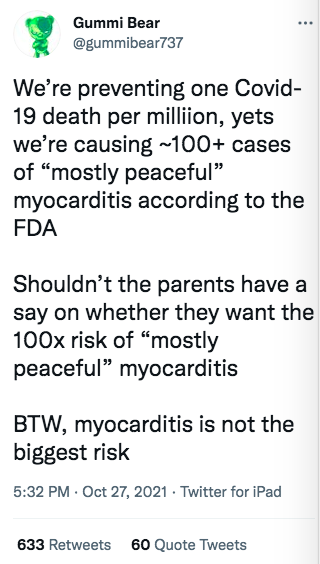 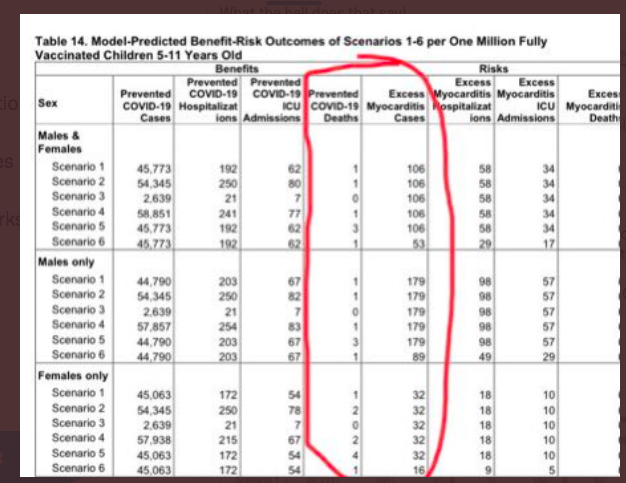 The image below states that the number of participants in the current program is TOO small??

Shouldn’t THAT be a red flag.  BUT, this vaccine is being pushed through under the guise of the “temporary” Emergency Act and as many people know, the pharmaceutical companies can not be sued According to global news:

“To prevent delays in release of the vaccine at time of pandemic, the pandemic vaccine supply contract stipulates that the Government of Canada will indemnify the manufacturer against any claims or lawsuits brought against it by third parties,” the document reads.

That document is from 2017, and was most recently updated in September 2019. 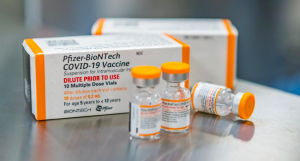 One Tory MP in Ontario called it “Human Experimentation”   He said “It also states that “bypassing proper safety protocols means COVID-19 vaccination is effectively human experimentation.” as trials were not held long enough or with enough people of all ages.

The VAERS website is often questioned and disputed, although according to experts, it is determined that less than 1% is ever reported.  In this article they say:
Our official health authorities, the MSM, and the fact-checkers have “debunked” ad nauseum any claim that the VAERS system shows thousands of deaths due to the Covid-19 injections. Among other rebuttals, they may point to coincidence — that is, when you vaccinate millions of people, some of them would have died even if they had not been vaccinated. They may also point out that in older and more frail people, a significant amount of spontaneous mortality is expected. They may point out that VAERS also contains reports which are submitted by lay people or are riddled with errors and biases and is therefore an unreliable source of information. This article points out a perfect example of a VAERS record (VAERS_ID: 1478698) which would be used to discredit the VAERS system.

In Ontario we have what is called an Adverse Events Following Immunization (AEFIs) This is from the Toronto website, but according to many conversations with physicians, side effects are NOT being reported.  For anyone reading this post, did you know that it was supposed to be reported.  If you have a loved one who died, was this form filled out??

Our question is how will you explain away the sudden increase in late term pregnancy miscarriages when it is known that vaccines are not tested on pregnant women.  USA will be rolling out the vaccine  approved “for Emergency use” for 5 – 11 year olds.  I hope Ontario will be watching closely and that deaths, and side effects are reported.

I want you to take the time to watch this video.  This is an account of a young girl who volunteered for the trial.  Her whole family did.  The immediate side effects were horrendous.  It is reported that her brother got the placebo.  Her side effects were questioned, doctors talked about coincidence, and these side effects WERE NOT REPORTED.  Her parents had to do it themselves.   This may be in the USA, but these stories are being told, and BANNED from youtube.  Ask any adult in Ontario just how difficult it is to prove that the vaccine caused their injuries.  In the meantime, the impact of these injuries have left families devastated both financially and mentally.

Parents are asking why children in the age group of 5-11 are being vaccinated when they have been the lowest risk.  Very few, or as the Government likes to say,  RARE cases of children contracting Covid 19 with fatal results.  So why are they rolling out this vaccine for children. When you research “what age group was at most risk of Covid in Ontario” it states:

“For the 12 to 17 year olds, so far those programs are going well. There’s no specific safety concern. I do think seeing the safety data in the younger children is of paramount importance,” she said.

When Ontario Health Minister Christine Elliott said that the vaccine would not be compulsory for children in May there was a sigh of relief. Fast forward to September and all extra curricular activities at schools were cancelled for anyone who did not have a vaccine. Children are being told that they are not able to play soccer, football and hockey.  Our Government website says:

One young hockey player could not imagine life without hockey and went out and got the vaccine.  He passed away September 27th, his name was Sean Hartman  His name is included on the list of deaths on the Ontario Civil Liberties Association website.   After a long winter last year, the stress on children’s mental health took a turn for the worst. The number of reported suicides hit a critical stage. Children’s mental and physical health has been parents first priority.  Their children can not see the light at the end of the tunnel. Their circle of friends are in sports and they are being denied “the right” Sick Kids hospital did a recent study which proves that the numbers are still increasing.

October 21st, 2021 Trudeau announces that Canada will receive 2.9 million doses of Pfizer vaccines for children 5-11 years of age. But according to this article, Canada signed a new contract with Pfizer for pediatric doses last spring. And that the Public Health Agency of Canada has noted rare incidents of myocarditis, an inflammation of the heart muscle, after receiving an mRNA vaccine such as Pfizer-BioNTech and Moderna. According to the Government website:

Parents against the Covid vaccine are reading that less than 1% of side effects are being reported to the Health Department and they want to know WHY? Mainstream media is avoiding this subject. The media or the vaccine centres are not giving any type of warning prior to being vaccinated, and the contents of the Vaccine is not being shown. The more serious side effects are on the Canadian Government website but do not appear to mention ALL of the side effects up to and including death. How can a parent make an informed decision when they are not given all the information. As for children 5 – 11 year, the following article brings up many valid points regarding this age group. Ten RED FLAGS

Parents against the Covid vaccine want you to know that you will NOT be able to force this vaccine on their children without their consent.  With all the teachers and EA’s who will be terminated, it will mean bigger classrooms and parents will officially withdraw their children from the school system.  Parents will also be watching closely to the vaccine roll out in the USA We are muzzling free speech and opinion at an unprecedented rate but people will not be silent.
Lastly, when we read about the rules for one and not the other we question every mandate and how it can be legal, which it obviously is not.  According to this Sun newspaper article Liberal vaccine mandates are all about political gain

“Trouble is, nearly every legal opinion says 100 per cent mandates can’t legally be done. You can’t force people to accept something into their body if they don’t want it. So, if your goal is to prevent a recurrence of the infection, you have to find some other way to ensure the vaccine-hesitant are virus-free.The Trudeau government knows all of this, of course. But it assumes many Canadians don’t. So all it’s tough talk about MPs getting vaccinated is nothing more than virtue signalling for political gain – just like its vaccine mandate for “all” civil servants that lets 70 per cent of federal employees quietly skirt the requirement.”

The core of medicine is balancing risk and benefit. It’s a debatable question at exactly what age the benefits of vaccination exceed the risks, and the answer to this question will evolve as the pandemic evolves. Reasonable people can disagree about the exact age where the vaccine is likely to cause more problems than it prevents. No one is proposing vaccinating newborns and every reasonable person favors vaccinating older adults.

In closing, we are putting you, Doug Ford and Christine Elliott on notice that our children will not be used as guinea pigs and we will hold you accountable.”Where there is a risk – we must have choice”  Our group is growing here in Windsor and in other cities across Ontario.  P.A.V.E.