I do not consent groups for parents

Since the start of the pandemic, there have been thousands of groups that have formed on the Internet.  And the largest groups have been formed by parents.  The announcement of the vaccine for children 12+ (without parental consent) sent many parents over the edge.  Their biggest fear is that their child would not tell them they got the vaccine and if their child experienced a serious side effect the parents would not know.  Especially since the media starting reporting  Over 100 kids who were sent to hospital experiencing heart problems   If your child was too afraid to tell you and they experienced chest pain it could be fatal.

As soon as the rumors became truth about a vaccine for 5-11 year olds, Two parents in Windsor Ontario put their heads together on how they could help other parents.  No one really knows how the vaccine is going to be rolled out, and if they will try to “educate” children about vaccines in the school.  They are already normalizing things like masks with books showing popular characters wearing masks.   Christine Elliott said they would have feet on the ground when the vaccine was available. So we could see the vaccine before Christmas.

Kelly Lausch-Baxter of Windsor, Ontario came up with the idea of a temporary tattoo that kids could wear on the arm they would be vaccinated on.  She then met with Sherri Jones (another local parent) who makes car decals.  Sherri came up with a design and immediately ordered thousands of temporary tattoos for kids.  As soon as she announced the idea to friends and family, she was  inundated with orders.  She is selling them for $1.00 to cover her costs, and to buy more tattoos.  Parents from every city in Ontario and Canada are asking to distribute them.  Sherri’s son Cayden , who has Autism offered to be the first person to put one of the temporary tattoos on and did a great video  in the Facebook group.  Thousands of parents have promised to post their children proudly wearing  “I DO NOT CONSENT” tattoos 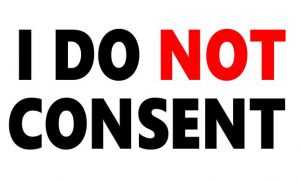 The Facebook group is called I do not consent. For more information, please join the facebook group or contact me here as I am also a member of this group.

Parents were shocked to find that Pfizer produced a youtube video promoting their vaccine.  And Social Media is lighting up with comments like this one on Twitter. 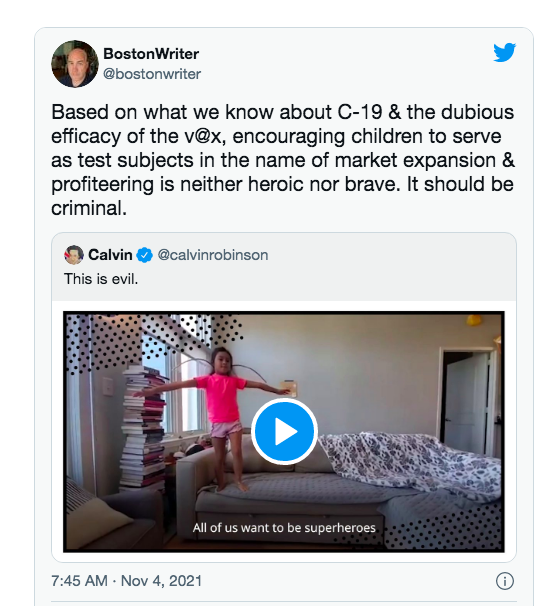 I do not consent say parents LOUD and CLEAR

Children have been given scripts to say “All of us want to be Superheroes”  Pfizer kids Super Heroes video. This is a screenshot of the video.  This video is very disturbing. 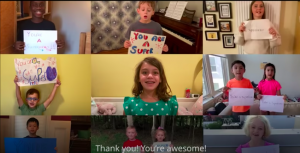 They do not show videos like this one from a parent who fought for years to get financial aid when her daughter was vaccine injured.

Or the video of the girl who was part of the Pfizer trial and is now in a wheelchair. Pfizer did NOT report her case. The mother of this girl had to.  These videos are for informational purposes.  It is up to parents to make the decision for their children.  This girl volunteered to be in the trial and will pay the price for the rest of her life.

The stats on this video: 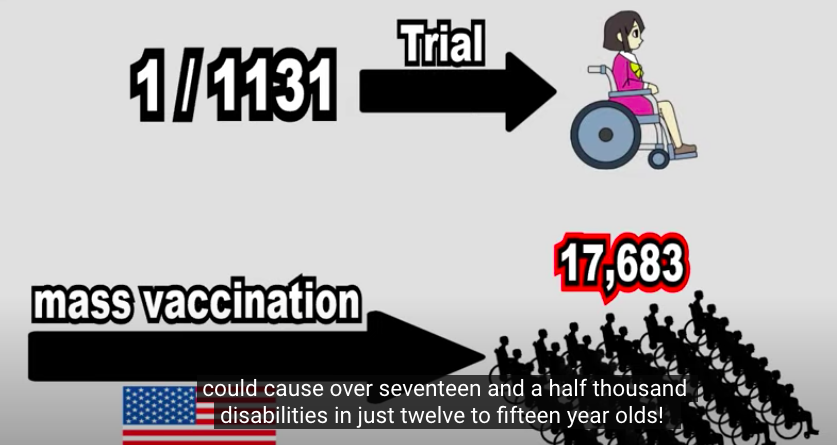 She is a victim, and her Mother is trying to educate other parents on what could happen because Pfizer did not publish the side effects she suffered