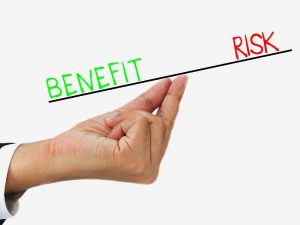 Before I talk about the Risk vs benefit of the Covid vaccine.  I want to share a story I read many years ago about the Ford Pinto.  Be patient, there is a reason why I am writing this.  It was in  an article about the moral issues of business.   They wrote:

The main controversy surrounding the Ford Pinto case was The Ford Motor Company’s choices made during development to compromise safety for efficiency and profit maximization. More specifically, it was Ford’s decision to use the cost/benefit analysis detailed in section 11 to make production decisions that translated into lost lives.

Ford knew that the Pinto represented a serious fire hazard when struck from the rear, even in low-speed collisions. Ford officials faced a decision. Should they go ahead with the existing design, thereby meeting the production timetable but possibly jeopardizing consumer safety? Or should they delay production of the Pinto by redesigning the gas tank to make it safer and thus concede another year of subcompact dominance to foreign companies? Ford not only pushed ahead with the original design but stuck to it for the next six years.

What explains Ford’s decision? The evidence suggests that Ford relied, at least in part, on cost-benefit reasoning, which is an analysis in monetary terms of the expected costs and benefits of doing something. There were various ways of making the Pinto’s gas tank safer. Although the estimated price of these safety improvements ranged from only $5 to $8 per vehicle, Ford evidently reasoned that the increased cost outweighed the benefits of a new tank design. 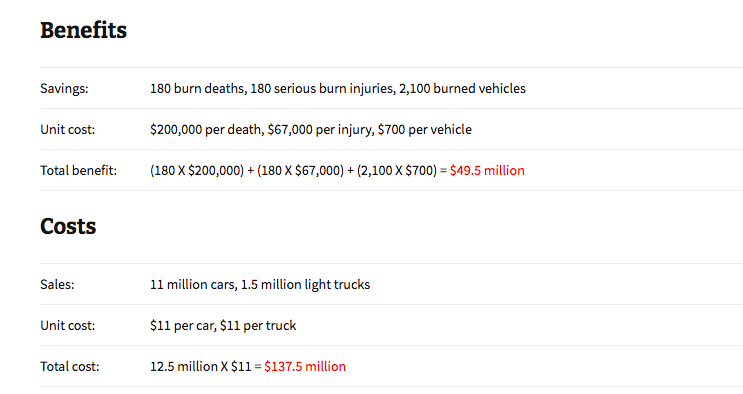 Over 500 deaths were reported. Imagine losing your husband, wife, family member in a fire or suffering from serious burn injuries when it could  have been avoided but it came down to just a few dollars?.

Another history lesson, is the equation they used for the people who died on 9/11.

Fast forward to today. We are in the midst of a Risk vs Benefit for Covid-19 vaccines for children 5-11 and children over 12 years old. Children in these age groups have not proven to be high risk according to all the stats on Government websites. The vaccine is only being rolled out under the Emergency Act in Ontario If you read my previous post I have included all the statistics as well as the risks of Vaccine Side effects that are under reported as well as a video of a vaccine victim

The Government signed a contract with the vaccine makers, whereby under the Emergency Act they will NOT be held financially responsible. The onus is on our own Government bodies. We have seen the side effects for adults. Where are the trial results for children? Will they publicize the side effects of the children or will the risk/benefits be compromised

What is your child’s life worth? When you see what the lives were worth in a lawsuit with the Ford Motor company. The difference here, is you are not fighting a business.  You are fighting the Government who has imposed mandates.  On June 4th, 2021 the CBC wrote the following article

But the diagnosis is only the FIRST hurdle for many, as some doctors are saying that their injuries are coincidental.

According to this article: 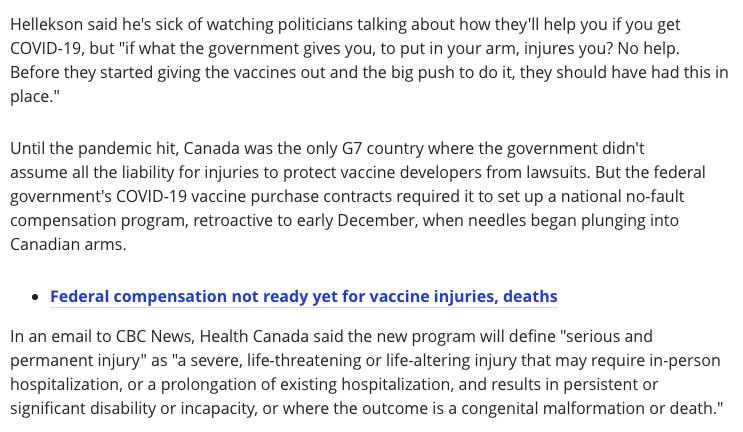 There are too many questions left unanswered.  The list is of side effects are growing.  With other vaccines, they were pulled with less serious side effects.  The swine flu vaccine was pulled after 10 weeks and according to the article this happened:

Not only are they vaccinating 12 year old children now, but they are rolling out the 5-11 year old vaccine without enough statistics to support the risk.  Parents are not prepared for what kinds of vaccine injuries their children will suffer, like the young lady who was part of the Pfizer trials 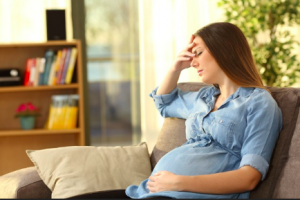 Pregnant women are shocked to see  OBGYN’s recommending that they receive the vaccine.   The numbers listed below are very low.  But many nurses and doctors are reporting that less than 1% are reported and they in turn shared how many miscarriages they had seen but said they were categorized differently.   The truth is, that  there has been record amounts of pregnant women who have experienced late stage miscarriages which are not being reported, and therefore NOT counted.

The public needs to know the truth so they can make informed decisions.  If ALL side effects up to and including death are not being reported how can you make an informed decision.  As we speak, EMS (Ambulance) Nurses, Doctors, Oncologists, Lab Technicians,  Canada Post, Teachers, Automotive workers are ALL being forced to take the vaccine or lose their job.  The Government is responsible for hard working individuals losing their jobs when there are laws and charters to protect them.  But do you SEE a pattern?  They are only going after people who work.  And leaving them financially destitute as they are being told they do NOT qualify for EI, plus their pensions are affected as well.  And in the same breath they are saying we have a shortage of Health Care workers.  Is it any wonder??

The benefit, is you get the vaccine which you are being forced to do.  As your union does not support non compliance and you keep your job.  The risk is the serious side effect that you might suffer from and have to deal with fighting for financial or medical assistance with an organization set up by the Government. And NO assistance from your Union OR your employer

What is your life worth?   The Government has budgeted for $19 million dollars just for the first few months for vaccine injuries up to and including death.  But according to the first fatal blood clot cases, they may only receive $250,000. 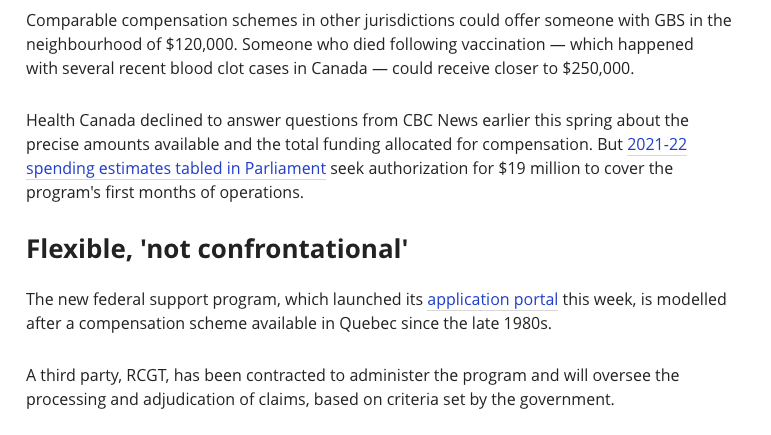